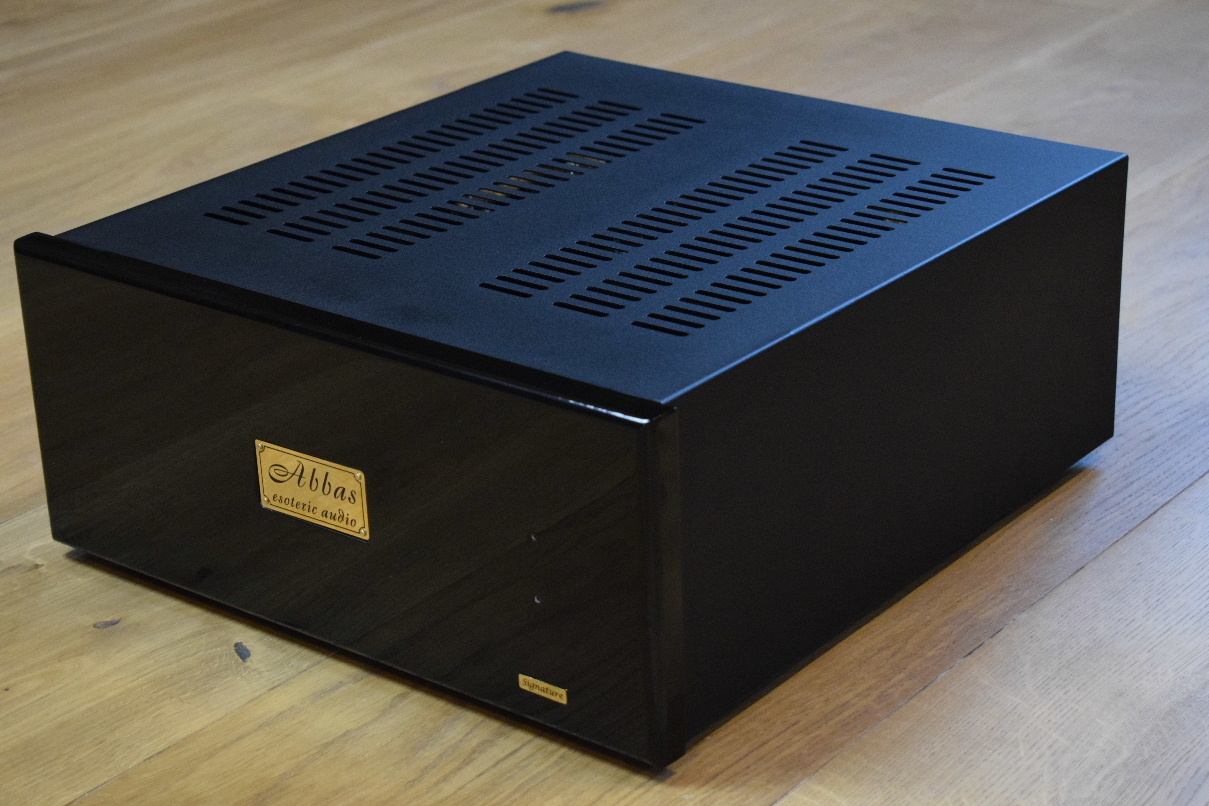 The presented device attempts to approach the limits of the possibilities of the scheme underlying the DAC3.2SE. As I already said, I’ve stopped making an I/U conversion circuit based on a resistor, which is popular among DIYers. This circuit is simple; it sounds good and allows to get the illusion of analog sound, but it does not work well with the dynamics of the signal and leads to additional distortion that is quite audible. For the fifth year, I have been perfecting another conversion method based on a pair of transistors connected in a «grounded base stage.» This scheme perfectly fulfills the signal’s dynamics and allows you to reduce distortion. The technique can be easily improved and even get more exciting results. The first step in implementing this circuit was using vintage (pretty decent, by the standards of modern audio) silicon NPN transistors.

The second stage was a scheme using germanium soviet MP11. This scheme sounded much better. For some time, I specified the optimal power conditions for the stage, selected electronic parts, and the best mode.

The third stage came when it became clear that the choice of NPN germanium transistors was limited, and the possibilities of the circuit had been exhausted. Then I decided to switch to the PNP structure. The PNP structure itself sounds better. By this time, I had already discovered that shunt voltage stabilizers are the best, and you have to select the diodes in the rectifier by ears. They affect the final result no less than transistors.

The PNP circuit made it possible to connect the output tube’s cathode with the ground and significantly improve the sound quality in the bass range. A high idle current value provided a lower input impedance and better conversion linearity.

Experiments with different types of rectifiers have shown that the sound quality of a converter based on germanium PNP transistors can be significantly improved using a tube rectifier in the negative voltage line. The positive voltage line is less critical to the quality of the rectifier, but here I found an exciting solution in DAC 3.2 Signature. The fourth stage is associated with the appearance of the DAC3.2 model itself.

Now about the features of DAC 3.2 signature.

A germanium transistor is used in the voltage regulator. The SPDIF input is switchable, and the switching is done with the Teledyne industrial RF relay. High-quality RCA plugs in addition. Next comes the SPDIF receiver CS8414, powered by a One Half (Half Wave) rectifier.

TDA1541S1 has one diode and two tube one-half rectifiers in the power supply, 5V4 and EZ81. All voltage stabilizers are based on germanium transistors, of course.

The current / voltage converter is based on high-frequency vintage germanium transistors, which provide a very high resolution. A DHT tube rectifier provides the power supply of the converter. The diode in the positive shoulder is a vintage germanium transistor P4 that works as a diode. In most instances, the reverse voltage is at least 30V and sometimes reaches 60V. The maximum current is up to 1 ampere. The well-known germanium D302-D305 sound much worse than the P4 quasi- diode.

The output stage is made on a pair of 6080 connected in serial, but this is not SRPP. The stage gain under load is about 2. The 6080 tubes provide extremely low output impedance and a large, great-scale sound that cannot be obtained with other tubes. This stage is powered by a full-wave diode rectifier (Not a bridge!). However, we had to select the diodes carefully. Diodes in this circuit must be different types to get an impressive and not monotonous sound. Attempts to use the tube rectifier here were unsuccessful. The idle plate current of this circuit is about 250 mA, and few tubes can work with such a value of current for a long time. And the popular monster «5Ц8С» disappointed me. The bass became sluggish and slow, and the rest of the range faded. Therefore, the output stage remained with the diode supply. But this is still a very nice vintage Philips diodes.

All transformers and chokes (EI) are made by Daniil (you can see the article about the GD Workshop). The frame of the output stage power transformer is made of wood. The wood is impregnated with a special silicon varnish to save it from fire. A core material (Siemens, Grundig, Telefunken) and winding wires I found, purchased, listened to and selected for this work.

One transformer powered the DEM clock; the second powered the digital section, and the third powered the analog section. Two chokes reduce the ripple level in the power supply of the output stage.

High-quality copper RCA plugs are installed at the output. And lastly, all the wiring inside the device is hand-made, multistrand wire made of vintage copper. These are stranded wires of several types. Insulation on the signal wires — wooden beads.

PCBs traditionally do not have a mask on the bottom, the copper is gold-plated, and the bottom of the board is covered with a special varnish, which greatly ennobles the sound.

Six copies of the DAC3.2 signature were made, five to order, and one, with extremely unusual solutions, I kept for myself. I will talk about it later.

Note: We are still doing research and upgrading this model, so specifications are subject to change without notice.

Please use the contact form if you want to make an order or ask about presented models, as comments are rarely read and won’t be published without the administrator’s approval.